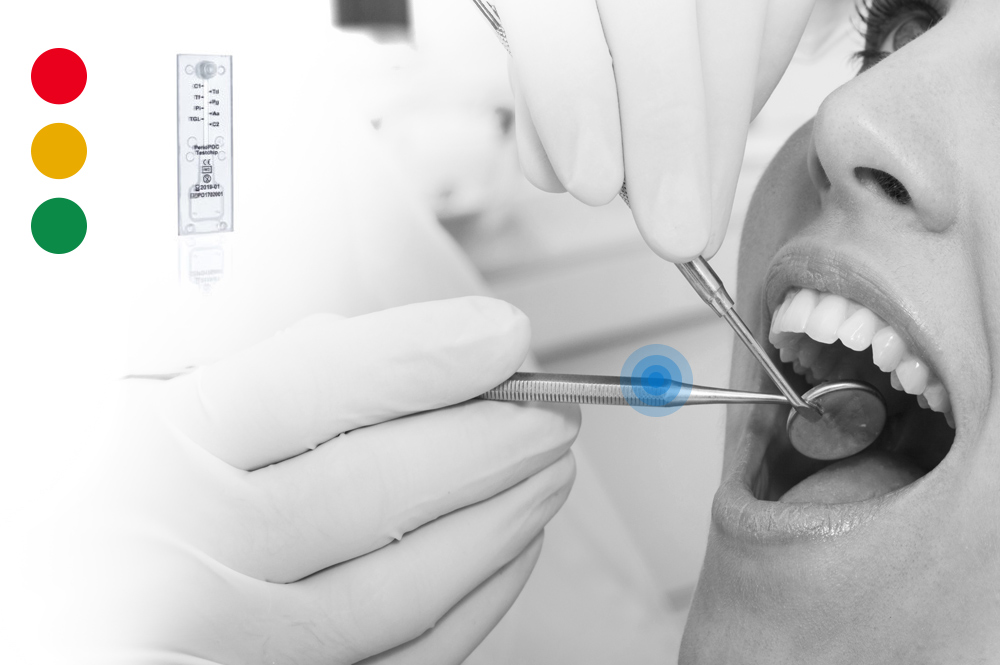 PerioPOC is a rapid test that can be performed in the dental studio for the detection of 5 bacteria typically associated with periodontitis. The following bacterial species can be identified:

According to the definition of Sokransky et al. (1998), oral microflora consists of several groups of bacteria, called complexes, which are linked to each other by a complex network of metabolites.

Particularly impactful for the development and progression of periodontitis, is the presence of particular bacterial species in the periodontal pocket.

Among these, the species of the so-called Red Complex Porphy romonas gingivalis (Pg), Treponema denticola (Td), Tannerella forsythia (Tf) and species of the Orange Complex as Prevotella intermedia (Pi). Aggregatibacter actinomycetemcomitans (Aa) are associated with a particularly aggressive form of periodontal disease.

The detection of bacteria associated with periodontitis is therefore not a diagnosis of periodontal disease, but  a support to enforce the dentist’s therapeutic choice.

Any cookies that may not be particularly necessary for the website to function and is used specifically to collect user personal data via analytics, ads, other embedded contents are termed as non-necessary cookies. It is mandatory to procure user consent prior to running these cookies on your website.